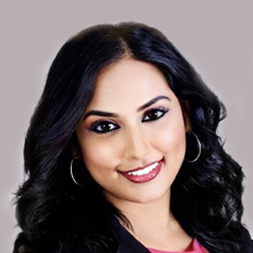 Harshitha is an International Disputes Attorney, Arbitrator and Mediator. She is the Founder of Lex Apotheke, offering legal and dispute resolution services. She has a successful global practice and handles issues in versatile domains. Ms. Ram holds a masters in Dispute Resolution from the University of South Wales, UK where she was on the Dean’s list and the only recipient of the ‘Corbett Spurin Memorial Prize’ for outstanding achievement in Dispute Resolution Laws. She acquired a Fellowship from the Chartered Institute of Arbitrators (CIArb) as one of its youngest fellows in early 2010.

In 2014 she became the youngest appointed member of the Arbitrators at the ICC International Court of Arbitration, France. She has also held the position of District manager at the World Mediation Organization, Germany.
She serves on the panel of commercial and technology arbitrators at the American Arbitration Association (AAA) and is a member of the ADR
Section and Diversity & Inclusion Action Team (DIAT), of the State Bar of Michigan.

She is a panelist of Professional Resolution Experts of Michigan (PREMi), an invitation-only group of Michigan’s top ADR professionals. She has presented at the annual conference of the ADR section of the State Bar of Michigan and has conducted several sessions on arbitration and mediation for Universities, law schools, arbitration institutions and private organizations. She is frequently invited as a guest speaker, lecturer & ADR trainer by Universities and ADR service providers in the UK, USA, Europe and Asia.