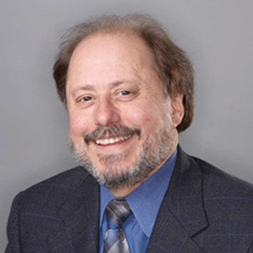 Paul Monicatti has been an arbitrator since 1983 and a mediator since 1986 in all areas of law except family law and criminal law. He served as court-appointed Settlement Master in federal court when he helped resolve two major Flint, Michigan water contamination-related cases in 2017 and in state court when he helped resolve nearly all of the multi-billion-dollar Dow Corning breast implant insurance coverage litigation involving 112 defendants in the mid-1990s. His settlement of Flint’s unprecedented water contamination premediation case was hailed by The Washington Post and Associaed Press on August 20, 2020 as a landmark deal. He also served as the party-selected Mediator in federal court when he helped resolve the largest fair housing discrimination case in U.S. history in the early 1990s. As an independent, impartial, professional dispute resolution specialist since 1983, he has conducted mediations and arbitrations resulting in the successful conclusion of more than 2000 previously unresolved disputes. Courts as well as counsel or their clients have selected him as a mediator, arbitrator, facilitator, case evaluator, receiver, umpire, referee, and expert witness.

He is co-founder of not only ADRoit Dispute Resolution that provides dispute resolution services to the bench, bar, businesses, and individuals but also Strongbridge Negotiation Strategists that provides negotiation advice, consultation, and training to businesses and individuals. He also co-founded and is a Distinguished Fellow, Past President and former Board member of the International Academy of Mediators that is the preeminent professional organization for active mediators throughout the world. A charter member of the National Academy of Distinguished Neutrals, he also belongs to Professional Resolution Experts of Michigan. Additionally, he’s a member of the State Bar of Michigan, Federal Bar of the U.S. District Court-Eastern District of Michigan, American Bar Association, and Federal Bar Association-Eastern District of Michigan chapter.

Paul’s earned the highest ratings possible from Martindale-Hubbell, Best Lawyers in America, Super Lawyer, U.S. News and World Report, Leading Lawyers, Crain’s Detroit Business, and the international publication Who’s Who Legal: Mediation.  A Michigan Lawyers Weekly 2019 Leader in the Law, he was named Best Lawyers’ 2019 Troy, MI Area Mediation Lawyer of the Year, 2018 Troy, MI Area Arbitration Lawyer of the Year, and 2011 Detroit Area ADR Lawyer of the Year. He received the Recognition Award in 2017 from the Center for Alternative Dispute Resolution in Maryland for his dedicated service and commitment to the needs of its culturally diverse community, and also served on the National Advisory Board for ACCESS ADR that promoted advancement of diversity in dispute resolution.

Paul authored and updates annually Chapter 16 “Mediation, Arbitration and Other Dispute Resolution Methods” in addition to co-authoring Chapter 15 “Settlement and Negotiation” for ICLE’s Michigan Civil Procedure. He is a co-author and co-editor of The ABCs and More of ADR – A Practical Guide for Judges and Attorneys (forthcoming 2021). He also teaches ADR Advocacy Skills in negotiation, mediation, and arbitration at Western Michigan University Cooley Law School and has guest lectured at the law schools of University of Michigan, Michigan State University, Wayne State University, University of Detroit, and Case Western Reserve University. He frequently presents and writes for organizations and publications across the country and was instrumental in establishing, and providing training for, the pro bono early mediation program of pro se prisoner civil rights cases in the U.S. District Court-Eastern District of Michigan and trains mediators for the Western District of Michigan’s program. He was interviewed and quoted as a negotiation expert in Inc magazine’s May 2017 article “Let’s Make a Deal” about negotiation tips and strategies and as a mediation expert in How to Make Money as A Mediator (and Create Value for Everyone): 30 Top Mediators Share Secrets to Building a Successful Practice. He’s been videotaped twice for advanced mediation training purposes.

Med-Arb: The New Frontier in ADR

U.S. District Court for the Eastern District of Michigan