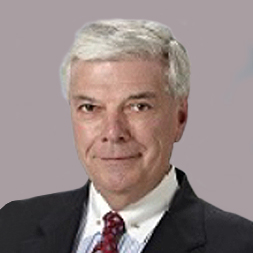 With over 40 years of litigation experience and service as a neutral in ADR processes he was recently inducted into the Michigan Lawyer’s Hall of Fame.  He has served in numerous leadership positions in ADR including the past chair of the ADR Section of the Michigan State Bar; the Macomb ADR Committee, the Oakland County ADR Committee, and the ADR Section of the Federal Bar Association for the Eastern District of Michigan.  In addition he chaired the ADR Council of the Engineering Society of Detroit and the Michigan Chamber of Commerce ADR and Litigation Group.  For his contributions to the field of ADR he has received distinguished service awards from the State Bar of Michigan, the Macomb County Bar Association, the Michigan Chamber of Commerce, and the Engineering Society of Detroit.

He is a perennial Martindale AV preeminent rated attorney and named a Best™ lawyer yearly since 2005.

Richard is a frequent lecturer on ADR and has presented at numerous annual conferences of the ADR Section of the State Bar of Michigan.  In addition, he has been requested on numerous occasions to present at conferences of judges hosted by the Michigan Judicial Institute and the U. S. Sixth Circuit Courts.  Richard has written extensively on ADR process and techniques in many publications including the Michigan Bar Journal and a contributor to the Supreme Court Administrative Office’s publication the Michigan Judges Guide to ADR Practice and Procedure and a co-author of two prior editions of the nationally acclaimed The ABCs of and So Much More of ADR: A Practical Desk Guide for Judges and Attorneys.

He has been requested to serve on a number of Michigan Supreme Court and SCAO Task Forces that generated recommendations on such subjects as mediation and judicial case management, ADR practices and timing, revisions to  the ADR court rules on mediation,the adoption of the Mediator Standards of Practice, and the adoption and implementation of the Michigan Supreme Court’s Order establishing the Summary Jury Trial as a dispute resolution process throughout the state.

Richard, a long standing litigator until the early 2000s, has arbitrated or tried over 100 cases to a jury or bench verdict and has a wealth of trial practice experience in complex commercial cases, business to business disputes, products liability, employment, personal injury, medical malpractice and trade secret protection cases.  Since 2009 his professional activities have been exclusively devoted to providing ADR neutral services and negotiation training and support.  He has served as a mediator, arbitrator, and early neutral evaluator in disputes involving every aspect of the law other than family and probate disputes.