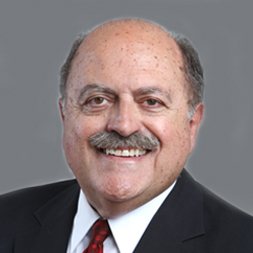 Robert “Bob” Wright has a wealth of experience in ADR as a seasoned and respected litigator, arbitrator, and mediator for more than 40 years. Recognized as a statewide leader in the field of mediation, Bob has participated as either a neutral or a representative in ADR proceedings involving more than two thousand individuals and businesses in both business and personal disputes since 1983.

Bob customizes his mediation style to meet participants’ needs, helping them settle their differences quickly and economically, in a wide variety of disputes from business, bankruptcy, and employment matters, to family matters and even community public policy issues. In addition to his wealth of practical experience, he inspires and motivates participants through his uncompromising ethics, insightfulness, empathy, compassion, and genuine love of mediation.

A former partner with Michigan’s largest law firm for over 20 years, Bob represented the interests of businesses and individuals in all aspects of commercial litigation from simple business-to-business contract disputes to complex Chapter 11 bankruptcy matters. In 2000, he discovered his true calling: assisting individuals and businesses to resolve their disputes more efficiently, cost-effectively and with greater satisfaction by serving as a neutral mediator and arbitrator. To pursue his passion, he formed The Peace Talks, PLC, and now devotes himself solely to serving as an ADR neutral mediator and arbitrator.

Bob also gives back by volunteering with various national, state, and local ADR organizations and serving in many leadership positions. He has chaired the ADR Sections of the State Bar of Michigan and the Grand Rapids Bar Association and co-chaired the ABA Dispute Resolution Section’s Practice Management Committee. He drafted ADR rules to bring mediation to the U.S. Bankruptcy Court for the Western District of Michigan. He serves as an unpaid volunteer mediator for the Dispute Resolution Center of West Michigan (also past board president), the United States District Court for the Western District of Michigan and trainer for the ADR Section of the State Bar of Michigan.

A sought-after speaker on ADR topics throughout the country, Bob has trained mediators in ADR courses, including ICLE’s award-winning 40-hour basic mediation training program, and various advanced trainings for mediators, lawyers, and judges offered by state and local courts, bar associations, and dispute resolution centers, including the Michigan Supreme Court.

Bob has long held the distinguished “AV” rating by Martindale-Hubbell and is perennially included in Best Lawyers™ and Michigan Super Lawyers™, testaments to the wide respect and confidence he has earned from his peers for his knowledgeable, ethical and professional services as a neutral.

AV Preeminent Lawyer (Martindale-Hubbell) – Peer Review Rating of 5.0 out of 5.0

Best Lawyers in America, Litigation and Labor & Employment (2009 to the present)

Super Lawyers, Michigan (2006 to the present)

U.S. Bankruptcy Court for the Eastern District of Michigan

U.S. Bankruptcy Court for the Western District of Michigan

U.S. District Court for the Eastern District of Michigan

U.S. District Court for the Western District of Michigan

U.S. Circuit Court of Appeals for the Sixth Circuit 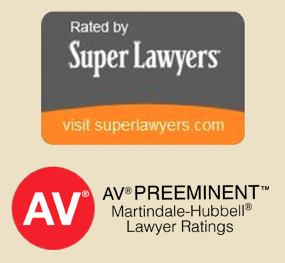