Who Is Bound to An Agreement to Arbitrate? 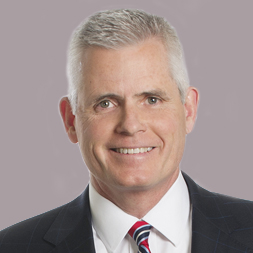 The Federal Arbitration Act (“FAA”) codifies a policy in favor of arbitration over litigation. Similarly, Michigan state policy favors arbitration of claims. The Michigan Court of Appeals has stated: “unless it may be said… that the arbitration clause is not susceptible to an interpretation that covers the asserted dispute, doubts should be resolved in favor of coverage.”

Who Participates is a Matter of Contract

Notwithstanding the public policy favoring arbitration, determining who may be compelled to arbitrate is a matter of contract. Therefore, a duty to arbitrate a dispute “cannot be imposed on a party which was not… a party to the agreement [.]” Section 2 of the FAA preempts state laws invalidating arbitration agreements, but the FAA expressly recognizes that enforceability of an arbitration agreement may be decided on the basis of state contract law. From this authority, various courts have identified five situations in which a party may be bound to arbitrate and/or an arbitration award may be enforced against a non-signatory: incorporation by reference, assumption, agency, veil-piercing/alter ego, and estoppel.

Further, if a non-signatory’s conduct indicates that it assumed the obligation to arbitrate, the non-signatory maybe bound by assumption. The Second Circuit recognized this principle holding that plaintiffs’ “active and voluntary participation” in the arbitration proceedings demonstrated intent to be bound by the arbitration provision at issue, despite the fact that plaintiffs were non-signatories to the agreement containing the duty to arbitrate.

Non-signatories may also be bound under traditional principles of agency. In a Michigan case, the partners of a law firm executed an agreement requiring mandatory arbitration of claims between the firm and its partners. When plaintiff, a former partner, sued the firm in tort, the plaintiff named individual partners as defendants, but not the firm. The court, applying agency principles, found that the individual partners’ actions were carried out as agents of the firm. Thus, the dispute fell within the scope of the arbitration clause, and the claims alleged against the individual defendants were ordered to be decided in arbitration.

A non-signatory may be bound to arbitrate where he is determined by the arbitrator to be the alter ego of the signatory, or where the non-signatory may be held liable for the acts of the signatory upon a finding of piercing the corporate veil. In a New York case, respondent Politowski challenged an arbitration award in a case in which it was alleged that Technologic was Politowski’s (the owner’s) alter ego, and therefore the two were jointly liable. Politowski contended that he was not a party to the arbitration agreement, and thus the arbitrator never had jurisdiction over him and he was not bound by the award. The court held that “deciding which issues pertaining to the relationships of the parties are arbitrable should be left to the arbitrators.”   Therefore, the arbitrator’s decision that Technologic and Politowski were jointly liable to the claimant was not susceptible to change by the courts, even though Politowski was not a signatory to the arbitration agreement in his individual capacity.

In the face of strong public policy favoring arbitration and notwithstanding the contractual nature of the process, courts have found legal theories to compel non-signatories to arbitrate.

William D. Gilbride, Jr. is a shareholder in the Detroit office of Abbott Nicholson, P.C.  Bill has devoted his professional life to dispute resolution and conducts trials, arbitrations, facilitative mediation and case evaluation services in the metro Detroit area.  For citations to the foregoing case law or more information about the scope and enforceability of arbitration agreements, please feel free to contact Bill at wdgilbride@abbottnicholson.com.

This article originally appeared in the family of Detroit Legal News publications on December 29, 2017, and is being reprinted with permission from the publisher.