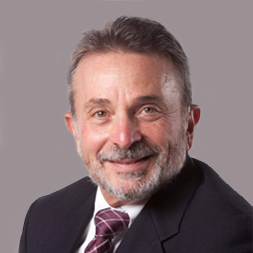 “Technology has been changing everything, and ADR is no different.  As someone who has a primary residence in Michigan and a second home in Arizona, I have been struggling with scheduling mediations and arbitrations for the blocks of time I spend at my second home. In the past, I would jam all my in-person ADR sessions in the months before leaving for Arizona and the months following my return to Michigan.

I have always conducted my pre-hearing telephone conferences while in Arizona without any problems, but I would schedule a one-week return trip to Michigan during the winter months in order to schedule several successive days of mediations or an arbitration. However, two things occurred which have changed that progression.

In February 2019, I returned to conduct a couple of mediations and a short arbitration. One of the mediations did not result in a settlement, but counsel and their clients agreed to arbitrate the case and chose me to continue and conduct the arbitration, i.e. a med/arb process. I then proceeded to discuss scheduling.

Since I was not planning on returning to Michigan again until the beginning of May, I offered several early May dates for the in-person hearings. Counsel and their clients did not want to wait that long, but still wanted me to conduct the arbitration. The parties wanted to have the arbitration completed by the end of March, but I did not want to fly back again to conduct it.

Because this matter was one in which very experienced experts were involved, I suggested that perhaps we could take advantage of either of the expert’s facilities and utilize modern video technology to conduct the hearing in March. The parties agreed.

It was decided that counsel and their clients would convene at the offices of one of the expert witnesses, which also had in-house camera capability in their conference room, and I would attend remotely utilizing Zoom as the medium. This was my first time using Zoom to conduct an arbitration, although I had previously attended de bene esse depositions in a large three arbitrator multi-state arbitration in order to rule on objections.

All exhibits and pre-hearing briefs were sent to me in Arizona in advance of the hearing. Counsel were experienced advocates and conducted themselves professionally throughout. I was able to see the whole conference room and monitor their behavior. We agreed to put the witnesses in a chair close to the camera, and the attorney conducting the examination opposite the witness. Counsel switched chairs as necessary. In the end, it was no different than if I was sitting in the room and not nearly 3,000 miles away. I was able to hear everything perfectly, ruled on evidentiary issues as they arose, and had a chance to question the witnesses and counsel whenever I desired. I was very surprised as to how well this went.

I was also able to determine that even if the parties did not have such a facility as this expert had, video graphic court reporters had the capability of utilizing anyone’s conference room as long as there were Wi-Fi capabilities for accessing video conferencing software like Zoom or Conference.Com.

I personally know that this arrangement also works. I was deposed in a case as an expert witness while in Arizona and the examining attorneys were in a conference room in Michigan. I saw them and they saw me. The cost of this process was surprisingly moderate and whatever that cost was, it was offset by savings in arbitrator’s and attorney’s fees and was more efficient for scheduling.

This technology can be used even during traditional in-person arbitration hearings as well. For example, an out of town witness will be able to testify live from their remote location. As a result of this experience, I will definitely use video conferencing again in order to conduct arbitration hearings and I have modified my standard pre-hearing order to allow for remote testimony.

But this was not the end of this story. The second event occurred when I used video conferencing technology in mediating a business contract dispute. In this case, one of the parties was situated in Texas and the other party in Michigan. I attended the mediation in the Michigan office of a local attorney. Before this experience, when I mediated cases, I preferred to see the parties and be in the same room with them. I have always thought that this way, the party, especially insurance adjusters, would have a more difficult time saying no to settlement, and it helped build confidence and trust between me and parties. But this video conference experience showed me that was not always the case. I was able to conduct private caucuses with the Texas party as if we were in the same room together, and, as the saying goes, “I saw the whites of their eyes”. It was substantially better than talking on the phone. This case did settle.

Since that time, I have also learned that I did not need to use a videographer. I could use the new Zoom technology with each party showing up  on my laptop or desktop computer separately. I can mute out one while talking to the other and vice versa. Or, I could combine them in a joint session. I can even chat privately while the mediation or arbitration continued. Each party could use their own computers and web cams from different locations. Thus, while using this technology, you would not have to travel to any other office.  It is clear that the savings in time and efficiency was significant.  I was also able to use that savings to get the parties to agree on a reasonable compromise.

Utilizing this technology is not a “one size fits all” type of program. I generally arbitrate and mediate business and commercial disputes. These cases and their counsel and clients are currently more likely to be willing to utilize this new approach to ADR.

Following this experience, I began to raise the possibility of using virtual techniques in all my pre-hearing telephone conferences and early communications with ADR users. I can see that as the technology advances, and the millennials become the users of ADR, there will be a greater acceptance and opportunity to use this technology to conduct ADR processes. The use of social media has provided just the hint of the things to come and the changes in communication methodology we have yet to see. We as ADR providers should not be behind the curve. Be ready, try it, you will like it.”

ALTERNATIVE DISPUTE RESOLUTION IN THE VIRTUAL WORLD AN UPDATE

Following the publication of this article in June 2019, well before social distancing came into being, many of my PREMI colleagues contacted me for information on whether and how to use this new technology. In fact, PREMI itself obtained the ZOOM software so that PREMI professionals could conduct its meetings and  PREMI professionals could avail themselves of this new technology.

As the Courts are closing and adjourning civil litigation matters and as we engage in “social distancing,” PREMI professionals seek to maintain a safe environment for themselves and their clients. PREMI members now have alternatives and options for litigators and clients to use   resolving their disputes remotely. The use of online or video conferencing allows parties and counsel to negotiate from safe, confidential and geographically separate virtual conference rooms. The approach permits your PREMI mediator or arbitrator to engage in seamless and effective joint sessions, private meetings, caucuses, document sharing, and arbitration hearings by video conferencing, thereby eliminating the expense and risks of physical travel. As I stated in my 2019 article, online video sessions can be as effective as “in person” meetings and your PREMI professionals and I are prepared to take on the responsibility to insure that would be so. Learn more about this option and how you can structure a safe environment to serve your needs in this difficult and challenging times by visiting the PREMI website at www.premiadr.com . Please stay safe.

Bio – Martin Weisman has served as a neutral and party appointed arbitrator, mediator, and/or case evaluator in numerous commercial matters where claims were in the millions of dollars. These have included claims for breaches of many differing types of contracts, shareholders and/or partnership break-ups and/or oppression matters, fraudulent dealings, attorney and accounting malpractice, security disputes, purchase and sale disputes, commissions, real estate, construction, employment, probate matters, automobile dealership and supplier issues, and merger and acquisition issues. These have been court and/or party appointed positions as well as AAA and/or PREMi matters. I have been named a Michigan Top Lawyer by dBusiness magazine each year since 2009, a Michigan Super Lawyer by Michigan Super Lawyers each year since 2007, a Martindale & Hubbard Preeminent and AV rated attorney, a member of the National Academy of Distinguished Neutrals, and served as the Chair of the Alternative Dispute Resolution Section of the State Bar of Michigan for 2014-2015 after serving on its Council for 7 years. Within the last year alone, Martin Weisman served as the sole arbitrator in a $108,000,000 employment case and as member of the three-person arbitration panel for a $58,000,000 Medicare fraud matter. In addition, Martin Weisman successfully mediated an independent salesperson commission fraud case involving claims in excess of $34,000,000, and successfully mediated a $4,000,000 attorney malpractice claim among others. Martin Weisman has been designated as a mediator and as an arbitrator for the American Arbitration Association’s complex commercial panels. Martin Weisman has also served extensively as an ADR trainer,lecturer, and author.