Microaggressions in ADR: It is What It Is 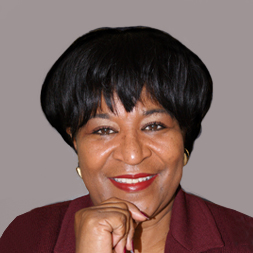 Writing articles on ADR is considered as one of the many opportunities for imparting information on specific ADR subjects, expanding tool kits for effective ADR performance, and embellishing one’s ADR career. Recently, in reviewing potential topics for an article, the writer entertained the idea of either writing a provocative article about the pros and cons of mediating sexual harassment cases, or delving further into the timely subject of virtual online mediations. However, based on the current stresses of the pandemic, recent horrific killings and injuries, discord currently facing our nation, and the front and center stage debates regarding “Black Lives Matter,” the writer’s current state of mind and space have thwarted the focus on both of those topics. Rather, the writer has chosen to provide a discourse on the topic of microaggressions in ADR.

The manner in which various participants interact and communicate in the ADR arena can have a huge impact on the outcome of the session. Recognizing, understanding and addressing “mis-steps” can go a long way in improving relationships at all levels. This article is intended to create introspection among its readers. The writer’s goal is to invite you to take a closer look at how things that are either said or done may be interpreted and, as a result, have an impact on the recipient and the overall ADR process. The primary focus of this article is on how some words and actions of white people may affect people of color.

Clearly, the source of microaggressions or the identification of actual perpetrators is not confined to any particular race; however, the thrust of this article is directed toward those affrontive behaviors that are committed by white people, and received and/or experienced by people of color. Initially, the writer defines microaggressions. Next, three types of microaggressions are introduced, with brief examples provided of each. The closing presents recommendations on how to avoid and address microaggressions.

Microaggressions are insults or prejudicial slights toward an individual or group within a marginalized population. Marginalized individuals or groups are those who live in the margins of the populace, as opposed to squarely within mainstream society.  Marginalization reflects living and having experiences outside of the core of those in the nucleus of economic and social power and cultural dominance. Microaggressions directed toward marginalized individuals can be intentional or accidental, and typically occur on a regular basis, although they may vary in nature and degree. Microaggressions are considered to be a form of discrimination. They are the day-to-day, brief exchanges, sometimes small occurrences, that send denigrating messages which target individuals or groups. They oftentimes go unaddressed, although not unrecognized, and tend to tear at the very soul of the recipient. While microaggressions can be directed at individuals or groups because of any protected class status, this article focuses on microaggressions on the basis of race.

In the ADR arena, microaggressions may be committed by attorneys, judges, other ADR practitioners, clients, witnesses, panel and roster administrators, stenographers, or other end-users. Microaggressions are not assigned to any particular role. Below are a few real-life examples of types of microaggressions that have occurred in ADR venues.

There are generally three types of microaggressions: microassaults, microinsults and microinvalidations. There may be differing opinions over whether a particular situation should be aligned with one type of microaggression or another type; however, the fact remains that they do occur and do have negative consequences. For the sake of illustration and comprehension, the aggressors in the scenarios are white people and the recipients are people of color.

Microassaults are blatant non-verbal or verbal attacks that are intended to convey discriminatory and biased sentiments; however, they may or may not be intended to be offensive. Persons who commit microassaults do not always have a conscious awareness of their meaning or effect. Here are a few examples:

-An experienced mediator stated that while mediating a case in which an African-American female nurse was claiming race discrimination, he had no idea why she felt that way, and he had no clue of any minority mediator whom he could contact to help him better understand the situation. Interestingly, that mediator did not find it appropriate to withdraw from the case.

-A highly-respected mediator stood up at a well-attended meeting and indicated that his mediation style in diversity situations includes assigning a specific room for diverse clients, displaying diverse pictures on the walls, and playing minority-oriented background music.

-An end-user openly commented that Black female ADR practitioners receive fewer assignments because they have reputations for being more sensitive to the underdog in cases they handle.

Microinsults are unintentional behaviors or comments that convey rudeness or a lack of sensitivity. Some examples are as follows:

– At the beginning of an arbitration, an advocate expressed that “it wasn’t a problem, but” he was surprised that the arbitrator, who was selected based on his resume credentials, happened to be Black.

-A mediator is recommended and selected as a co-mediator in a heated mediation dispute solely because he is African American. The parties are predominately African American, and the primary mediator has a discomfort level when dealing with minority parties. Throughout the mediation, the mediator struggles with objectively addressing the pre-conceived notions expressed both openly and privately by the primary mediator.

Microinvalidations are verbal comments or behaviors that unintentionally, or without adequate consideration, invalidate or undermine by dismissing, ignoring, or excluding the psychological thinking, feelings or experiential reality of the target group, in this case, people of color.

-Some ADR practitioners openly boast that that they are receiving more work than they can handle, and clamor for extended deadlines for writing arbitration decisions. At the same time, minority arbitrators sit on panels and rosters and only sporadically receive assignments.

-Advocates and judges routinely and brusquely overlook and disqualify minority ADR professionals with whom they are unfamiliar instead of seeking to obtain additional information to find out whether the neutrals are trained, experienced or certified.

-During a mediation, while in a private caucus, the mediator failed to respond when a non-minority defendant commented that the Plaintiff (who was Black) was only out for the money, was disrespectful because he was wearing a white “T,” wasn’t “smart enough” to hire a lawyer, and  did not deserve a large award.

Microaggressions can be addressed by either the perpetrator, observers, individuals, or the recipient. While it is important to note that the recipients can play an instrumental role in avoiding and addressing microaggressions, the primary focus here is on the other players.

Recommendations for the aggressors:

-Try to dissect the message the microaggression may be sending. Be prepared to explain what was intended by the statement or act, because the question is likely to be asked. Consider the potential impact of the statement or act, whether intended or unintended. Attributing a true focus on the potential impact may provide an opportunity to alter or prevent the act or assertion. It is also important to try not to become defensive or dismissive of the recipient’s feelings.

-Find a voice to effectively address others who practice microaggressive behaviors. While it may be difficult or challenging at times, failure to address microaggressions of others tends to exacerbate the problem and perpetuate their existence. Those individuals who display microaggressive behaviors may more readily accept comments and ideas, however critical or constructive, from people who are “like them,” or “look like them.”

-Consider whether there is any relevance or need for the risky microaggressive comment.  Does it provide any productive value, or would withholding it operate better to further the cause?

– Do your research. Predetermine whether what’s being articulated may also be inaccurate or offensive.

-Think before talking and ask yourself some critical questions. Be introspective and inquire into whether you might take issue with certain approaches if the shoe were on the other foot. Pre-think and rethink the scenario and focus on how remarks can be, or could have been, expressed differently, or more effectively.

-Consider making connections with people who do not look like you. Intentionally and deliberately engage in non-biasing activity and expand your exposure beyond just homogeneous groups.

-Show sincere empathy toward the feelings of the person receiving the microaggression and accept responsibility for your transgressions and underlying bias, while making efforts to become more understanding and educated.

Rather than a conclusion, this is an opportunity for a beginning. Alfred Adler, a renown psychotherapist, medical doctor, founder of the School of Individual Psychology and author of numerous inspirational quotes, describes empathy as seeing with the eyes of another, listening with the ears of another, and feeling with the heart of another. Whether microaggressions are intentional, unintentional, or even misinterpretations, the fact remains that they do exist. The impact of microaggressions can be stressful, harmful, aggravating, numbing and long-lasting. Recognizing that these feelings may result,  the goal of the ADR neutral must be to eradicate microaggressions. We must all strive, through self-evaluation, intentional improvements, and input from others, to reach a better understanding and recognition of the impact of our words and actions. This aligns perfectly with the goal of ADR professionals as we help to pursue the resolution of conflicts through effective listening, appropriate actions and meaningful communications.

The views expressed in this article represent the author’s opinion and are not presented as the opinion of any other affiliated entities.